We spoke with some of the folks at Fullbright, creators of the surprise hit Gone Home and now their latest title Tacoma, about what it is like to create games at an independent studio, and how they used Scout Books to be a part of their Tacoma launch party.

Scout Books is an independent company, and in the world of bookmaking, a pretty small fish in a big sea, so we feel a bit of kinship with you over at Fullbright. Can you tell us a bit about Fullbright and what it’s like to put out a game as a small studio?
As I’m sure you’re familiar with, running a small creative company is a lot of work! Fullbright is an independent video game studio in Portland, OR. We’re about eight people full-time, plus help from friends and talented folks pitching in on our games over the course of development. We make narrative-focused video games about exploring interesting places to find the story of what happened there. Our first game, Gone Home, was a hit for us and made it possible for us to expand on our ideas further with our next game, Tacoma. 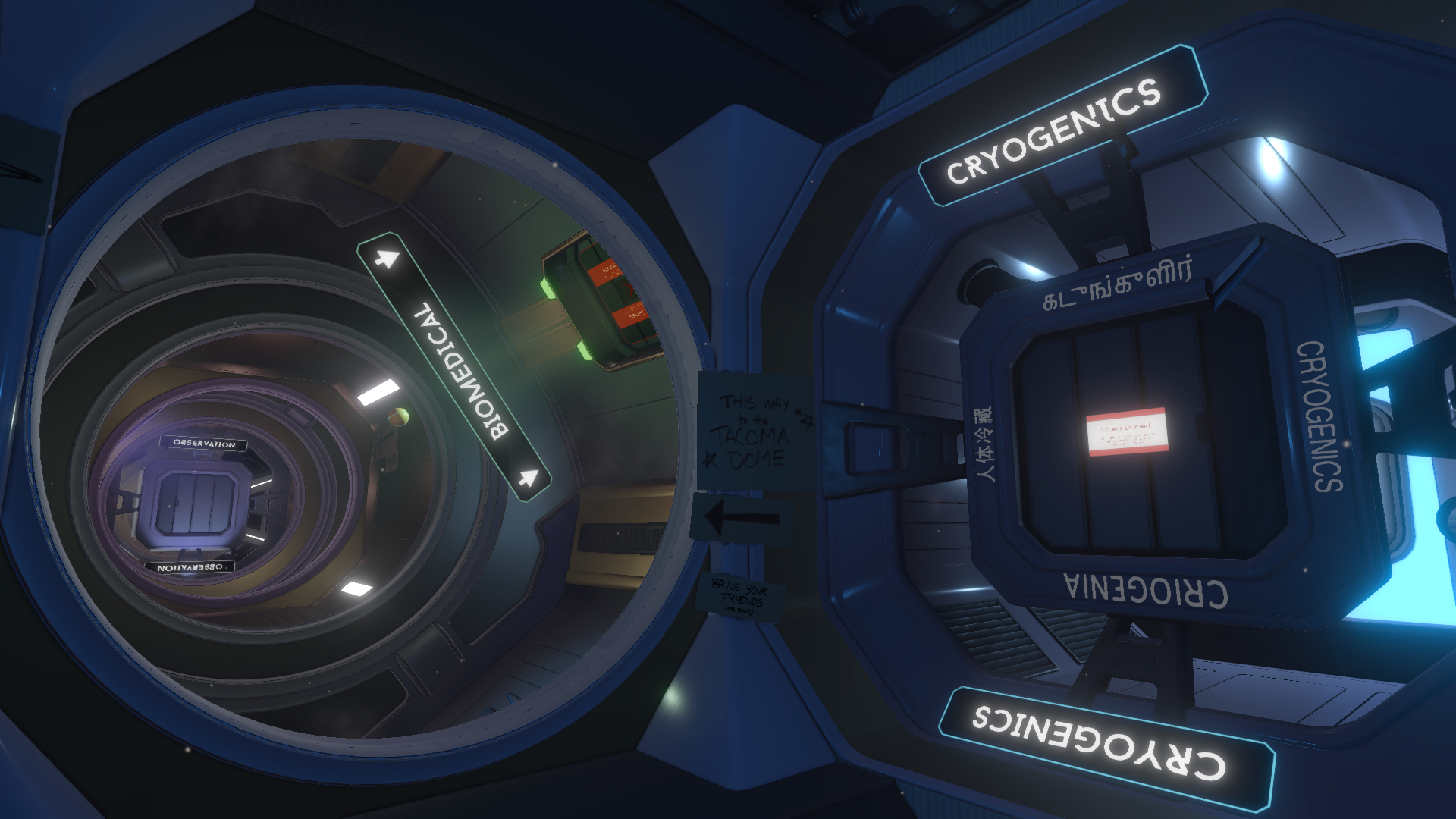 What is the premise Tacoma?
It’s the year 2088, and you’ve been sent to explore Space Station Tacoma after its crew has been evacuated. The station’s surveillance system has captured 3D recordings of everything that happened to the crew while onboard, and you investigate the recordings and the station itself to uncover the mystery of what really happened on this isolated, high-tech facility before you arrived. We love the design on these books, who designed them?
Our very talented animator & generalist artist Noël Clark designed the books as a collaboration with the fine folks at Scout!

How did the idea of creating books for your launch event come about?
After three years of working on Tacoma, we knew we wanted the launch party to be a memorable event for everyone involved. We’ve been a fan of Scout’s stuff for years, and when the idea of party favors came up, custom Scout notebooks popped immediately to mind. We’re really happy that we were able to create something that is both beautiful and functional for our guests to take home with them!

It looks like Tacoma has been reviewed very positively so far. How was the launch party? How did the books do?
The launch party was a ton of fun! We had Floating Room, a local Portland band who is featured on Tacoma’s soundtrack, play the party, and friends and collaborators from all around the country came to spend the evening with us. Folks were thrilled to have commemorative Scout Books to bring home with them – and we ended up with some leftovers, which we’re planning to sell to fans on our company web store so even more people will have a chance to get their hands on them!

Thanks to the wonderful people at Fullbright for working with us and for contributing to this case study! Concept & key art by Rebecca Mock.